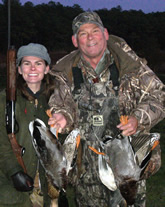 Larry Albright has been hunting, shooting and fishing for over 50 years. He has hunted and fished all over the United States and in the Bahamas, Canada, Mexico and South and Central America. As an active member of the hunting and conservation community, Larry works hard to ensure that hunting and fishing will be preserved for future generations.

Born and raised in Maryland, Larry has been hunting and fishing since his teens. He learned from his father and developed the same passion that his dad had for the outdoors. He graduated from Towson State earning a degree in Business Management. He worked as a homebuilder for many years until he decided to follow his passion for guns and hunting. Larry purchased The Gun Shop in 1982 and renamed it Albright’s Gun Shop.

Larry has the reputation of loving guns and hunting. It was quoted by Mike Haddaway that in a 90 day goose season, he hunted 87 days! Larry is quoted as saying, “Guns? Like ’em all!” 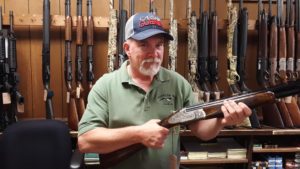 Manager Charles “Chuck” Walker is an Eastern Shore native. He is an Easton High Graduate and a USAF Veteran. Chuck has been a customer of Albright’s Gun Shop since the early 70’s.

He enjoys small game, deer and waterfowl hunting the most. Additionally, Chuck has big game experience under his belt as well with bears and moose.

Chuck has a strong muzzleloader experience, from traditional to modern in-lines. 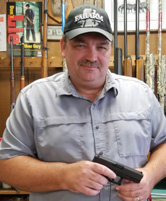 Mark Hrobar has been with Albright’s Gun Shop since October of 2001. He’s been serving the community in a public safety capacity since 1990. He now serves as Commander of a division that oversees firearms training and tactical operations. Mark enjoys target shooting and hunting and is an NRA member.

Mark is certified by the MD PTSC as a firearms instructor in all disciplines. He is also a factory trained armorer for Glock, Beretta, Colt, Remington, Ruger and FN.

“As a long-time customer of Albright’s, having a love of guns and firm belief in the 2nd Amendment, it just seemed like a natural place to work part time. There are no high pressure sales and the employees are more than willing (and qualified) to help customers make the right decision about their gun purchase.” – 1st Sgt. Mark Hrobar 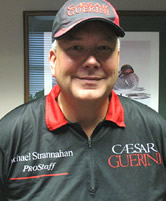 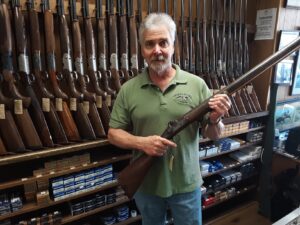